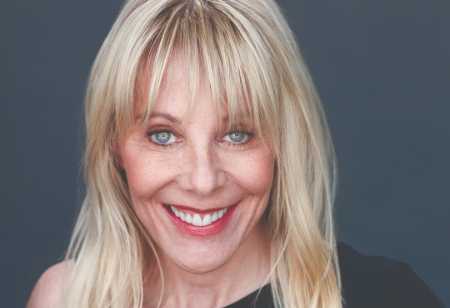 Kym Nelson serves as Senior Vice President of Sales at Twitch TV. In this role since May, 2013, she has created Twitch Media Group, launching an inside, direct-sales media group at Twitch. Kym is responsible for creating and leading a world-class sales organization that delivers completely new and innovative digital solutions on a platform that is spearheading digital media as we know it today.

Could you talk to me about your role and responsibility that you have at your organization?

Currently, I am in the role of overseeing client strategy for all of the West Coast accounts on Twitch primarily San Francisco, Seattle, Los Angeles, Texas regions, Colorado, and Arizona. This encompasses a couple of different capabilities. Lately, there’s been a lot of challenges with user-generated content and a bit of hesitation when it comes to live streaming. A lot of my job has been around going to the major consumer brands and educating them on what live streaming is because live streaming entertainment is relatively new in the market. Also, Twitch’s strong suit is a large live community, and it’s the platform where there’s a sense of urgency and fear of missing out if they don’t see something on Twitch. So my role is focusing on helping people understand that value proposition which seems challenging.

How do you see the media and entertainment field going ahead and evolving?

The landscape of media and entertainment is changing drastically. The emerging young adults are the primary consumer base of the future. They are the first generation who came into this world without knowing what it’s like to not have a screen in front of them.

Additionally, there’s a significant disparity between Gen Z and millennials on what they like to watch and what they consider entertaining. An interesting fact to be noted here is that they are the ones who are creating a lot of the content that they find entertaining. Unlike previous generations where writers and producers and experts who had talent, ability, tools, and the skill set could create their entertainment, now earning fame is completely democratized. So there is more of a connection between the viewers and the celebrities and so I feel they can relate a lot more to the entertainers.

We’re going to see a massive influx of this generation creating more platforms and entertaining experiences that the consumer drives.

Stepping back and realizing every platform offers a different entertainment experience, and understanding what those differences are and executing them accordingly, will be the key to building a loyal consumer base for years to come

What would be your comment on the pace at which the space is moving and how it would change for the modern consumer?

There is a lot of interest and engagement with short-form content that is created by the users themselves. Video games are probably one of the forms of entertainment where the engagement factor and the attention span are unusually long. Every platform has its own value proposition such as Facebook for instance; I see more as a utility (to know what people are doing) and not something that you watch long-form content on.

People don’t even really watch live content on it because in the minds of consumers it’s more of a utility. But at the same time, YouTube is an entertainment platform with a short term for video. From what I have seen in the research I think it’s difficult for television networks even to create content that is engaging enough for a Gen Z person to watch for 30 or 60 minutes because they’re so used to the short term videos. They fear that they will fail to catch up with others who are hanging out on TicTok, YouTube or even HouseParty, Twitch or whatever they’re hanging out on. So video gaming seems to be the one form of entertainment which has still managed to engage Gen Z. A statement from Netflix which substantiates this- “We are more concerned about losing our audience to Fortnight than to HBO.”

What would be your advice for your fellow marketers or vice presidents of different organizations on how can they survive with the new things coming in and what can they do as an organization to keep momentum in the changing times?

The first thing they should ask themselves after they identify who are their target audiences and what the platforms are is, where do they spend their time on entertainment? Is it on various social media platforms such as Facebook, Instagram, YouTube, Twitch or Netflix so that one can understand the driving factor of that particular platform. Because unlike television, print, or outdoor media form where you could write communication goals that spanned across all those different forms of media, now I feel that you need to create communication goals and strategies specific to each medium or platform.

The sole reason why videogames have been so explosive is that the experience and entertainment value of playing a game such as Fortnight is multifaceted. While you are playing it in an almost virtual world, you are playing with your friends and also doing video chat. Thus, entertainment is becoming more multi-dimensional, and we’re going to continue to see that with the rise of AR/VR and all sorts of entertainer engaging forms of content where users can control the storyline. I would encourage them to understand how these different platforms work and how users are engaging with them before spending money on them.

AI Revolution in the World of Media

The 5 Desires That Will Transform Entertainment Tech By 2025

Modern Avatar of the Cinematic World